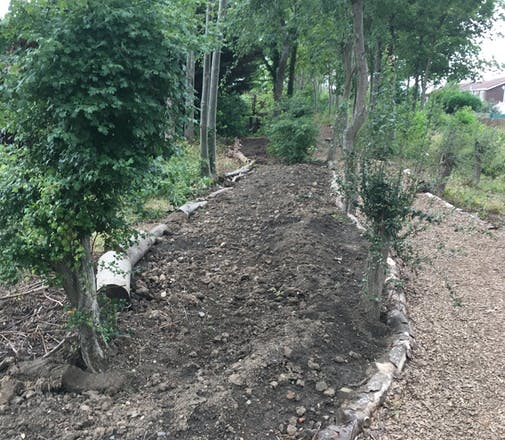 We have had a significant impact on the local area since being formed in March 2016. This has been recognised through formal awards (winning the inaugural North Tyneside ‘Love Your Street’ award in 2017 and judged ‘Outstanding’ by the RHS for their In Your Neighbourhood Scheme) but also evidenced through more grass-roots activity (e.g. an increase in membership from 8 to over 110, social events with attendance of over 80 people at our ‘Big Lunch’ event in June 2017). The area has become very widely used by everyone from children at the local nursery, schools, cubs, and brownies (who have all undertaken projects with us), to elderly residents who have told us they feel safer walking in the area.

We are well-placed to judge what would be valued and welcomed by local people. One of the outcomes of the work so far has been an increased sense of community and residents tell us how much difference the group is making with its impact on both community cohesion and on the environment in the two years since we were formed.

The grant would enable us to buy 1500 Spring bulbs to underplant a new hedge (the plants were obtained from a successful bid to the Woodland Trust). We enjoy working with the local school children and uniformed services growing seeds and planting them, planting bulbs and hedging and nurturing their interest in gardening and hopefully fostering an interest in biodiversity too. We have recently completed a bug hotel with their help.