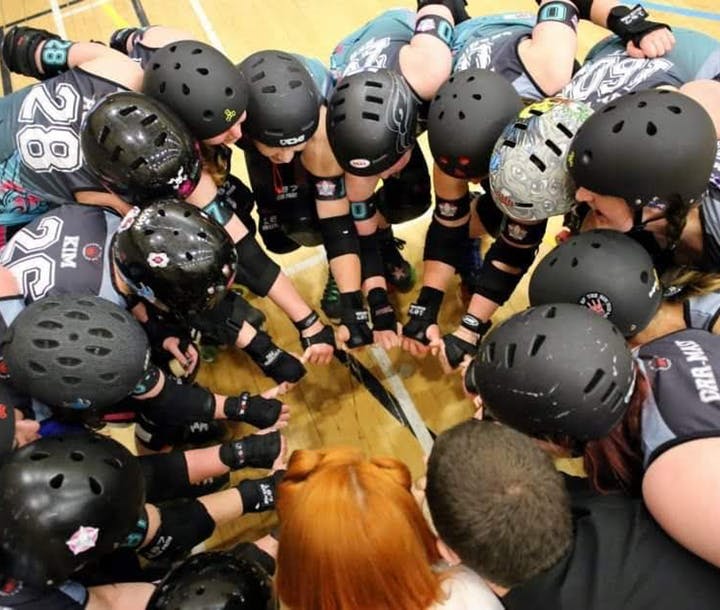 Middlesbrough Roller Derby is Teesside’s first Roller Derby team and proud member of the Women’s Flat Track Derby Association (WFTDA). From their establishment in 2007 (then named the Middlesbrough Milk Rollers) the team have gone from strength to strength as a small unknown team to competing at the highest level in Europe and ranked in the top 50 teams in the world at the moment. A few of the teams achievements over the years include winning the Northern Series on 2014, 3rd position at the British Championships in 2015 and progressing to winning the Championship in 2017. On the world stage the team has qualified for the Championship playoffs 3 years in a row in which they placed 5th in 2018. The teams Co-Captains were both selected to play for England’s team and competed in the World Cup in 2018 where they placed 4th. Not too bad for a small team in the North East!

The whole team is skater run and therefore funded entirely by the skaters and the funds they can raise. The sport of roller derby is still fairly unknown by the masses but the team want to change this by encouraging more people to skate with them and for this they need funds to carry on hiring out the sports halls needed for weekly practice, have the kit required for new people to try out and help with funds to get the team to championship games further improving this small teams position in the sport.